The mountain-skiing complex “Safed-Dara” has turned into a snow fairy tale! 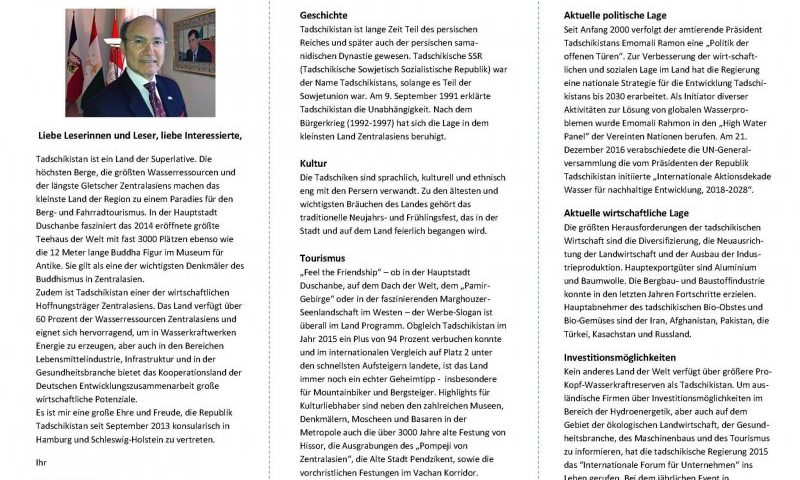 DUSHANBE, 07.09.2017. /NIAT “Khovar”/. The Honorary Consul in Hamburg of the Federal Republic of Germany Kurush Purkiyon prepared and distributed an information sheet in which he invites German tourists to visit the beautiful mountainous region of Tajikistan, and entrepreneurs and businessmen of this country – to active mutually beneficial and fruitful cooperation with their Tajik partners.

It is reported on the official website of the Embassy of the Republic of Tajikistan in Germany.

The Honorary Consulate of Tajikistan in Hamburg was opened in September 2013 as a result of the implementation of the outcomes of the official visit of the Founder of Peace and National Unity – Leader of the Nation, President of the Republic of Tajikistan His Excellency Emomali Rahmon to Germany in 2011 and the parties’ agreement on further development and strengthening of bilateral cooperation on all mutually beneficial areas, including the establishment of links between different regions of the two countries.

We will recall that the consular district of the Honorary Consul of Tajikistan Kurush Purkiyon covers the territory of the Federal States of Hamburg and Schleswig-Holstein. 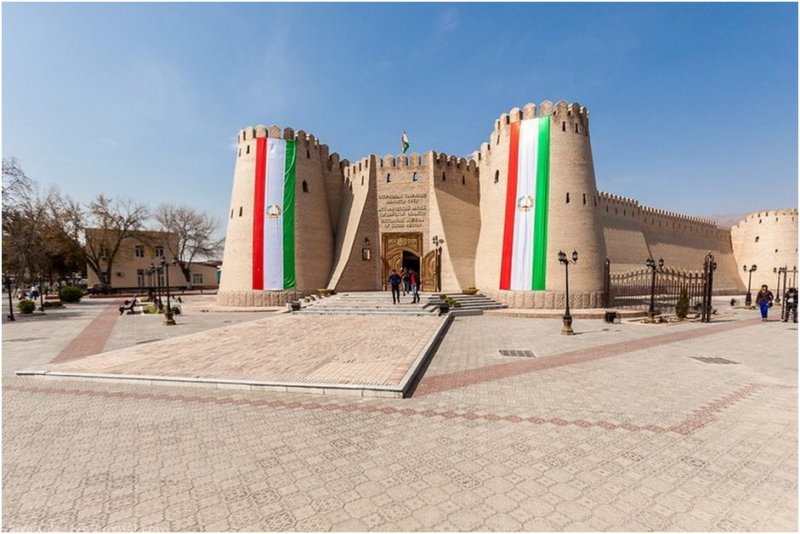 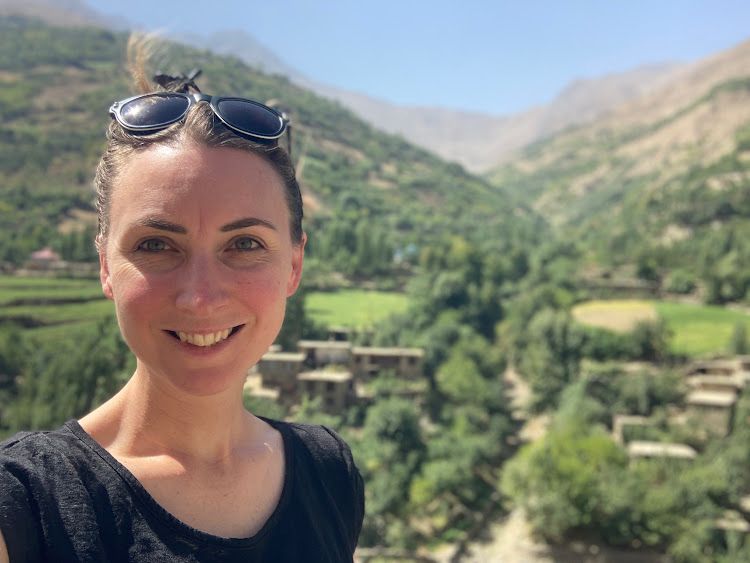 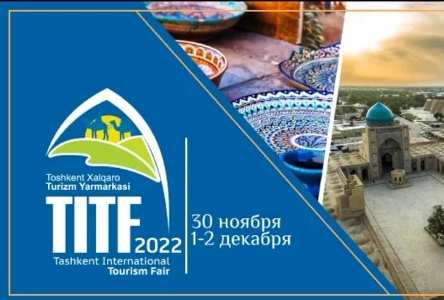